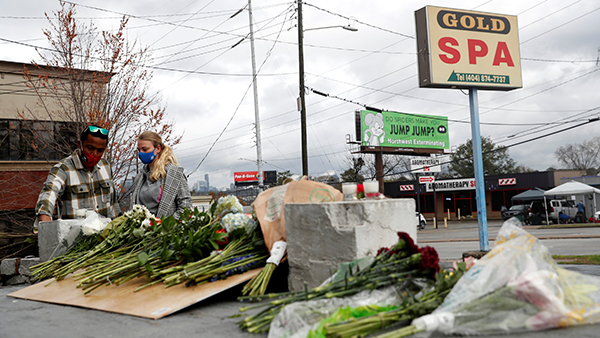 On March 16, 2021, a white man entered a massage parlor in Atlanta and murdered eight people, including six Asian women. It is clear that this mass murder perpetrated by a white man was rooted in deeply disturbing racism and misogyny.

NARAL Pro-Choice Ohio joins the growing chorus of organizations speaking out and condemning violence against members of the Asian American community. Individual advocates and organizations supporting Asian and Pacific Islanders have been sounding the alarm about the growing trend of anti-Asian violence across the country. These groups documented more than 3,800 instances of harassment and assault over the past twelve months. This sharp increase of abuse coincided with political efforts to scapegoat Asian and Pacific Islanders for America’s failure to adequately combat COVID-19.

Warnings that these racially motivated attacks would likely continue and escalate were largely ignored. As a nation, and as individuals, we must examine what led to thousands of acts of discrimination, harassment, violence, and now murder over the past year. Horrified by the hatred pointed at Asian-Americans, we find ourselves desperately seeking ways to support this community in both their safety and healing, as we ask ourselves what we can do to make sure these incidents aren’t being overlooked or brushed aside. How can we act to break this dangerous cycle?

Ending anti-Asian discrimination means combating two centuries of racism baked into our culture. Just like other non-white populations, the United States has a long history of racism against the Asian-American community, including exploiting Chinese laborers who built Western American infrastructure, Japanese Americans who were interned during WWII, fetishizing Asian American women, and racist portrayals of Asian people in movies and on TV. Racism against Asian-American women has been leveraged by anti-abortion groups when they claim legislation is required to prevent patients from choosing abortion care based on the gender of their child.

The murders in Georgia provide a definitive example of why our work must be “intersectional.” The white male shooter targeted Asian victims instead of whites. He targeted women instead of men. He targeted people who work at spas that offered massages, in an apparent effort to murder sex workers. This was a deadly intersection of racism, misogyny and fetishizing that Asian women have always faced in America. And as we have seen before, the white male shooter was captured alive and the local sheriff publicly justified the actions of this murderer to reporters.

To our Asian friends and neighbors, we offer our love and compassion. Violence and insults against you and your community are unacceptable. We pledge to do a better job of understanding just how painful they truly are and speaking out against them. To our friends advocating on behalf of sex workers, we see you and we see the importance of your work within the reproductive rights movement. Sex work is work, and those who undertake it are deserving of dignity, respect, and legal protection. And to everyone of all genders and sexualities, we thank you for joining us in the vitally important work of exposing the inherent threats of toxic masculinity.

NARAL Pro-Choice Ohio recommits to working to build thriving communities where all people can live with dignity, equality and freedom.