With the events of the last year, we all know that voting for fully pro-choice candidates is more critical now than ever. The candidates listed below were endorsed by the Pro-Choice Ohio board following a rigorous screening by our staff.

Because of redistricting, Ohio House and Ohio Senate district borders and numbers have changed for all Ohio voters. We encourage voters to verify what district they will be voting in and look up the candidates that are running in the General Election in their district before voting on November 8. You can view what will appear on your ballot by visiting your county board of elections website.

On September 8, 2021, Pro-Choice Ohio endorsed Nan Whaley for Governor, with an endorsement of Cheryl Stephens for Lt. Governor following upon her selection as a running mate. 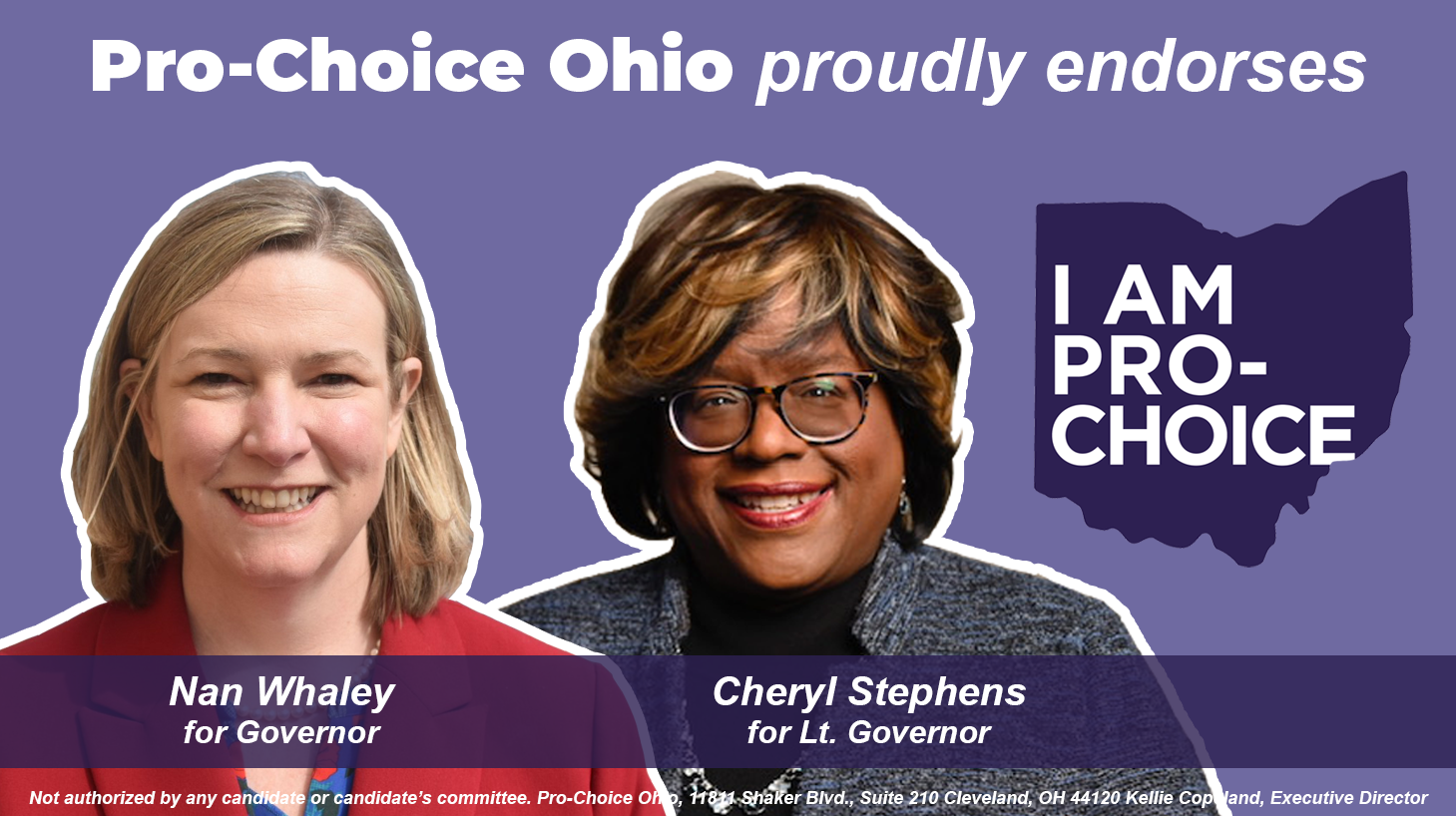 Pro-Choice Ohio Executive Director Kellie Copeland: “Nan has worked with us for years to protect abortion access in Dayton. She is the only candidate in this race, Democrat or Republican, who has always put her values into action and stood up to protect abortion access. We’re proud to endorse her and will do everything in our power to ensure that she is the next—and first elected—woman to serve as governor of Ohio.”

“Now more than ever, with the future of Roe v. Wade in jeopardy at the Supreme Court, Ohio needs a Governor who will staunchly protect abortion access, especially for people who face greater barriers to access. I’m thrilled to have the endorsement of Pro-Choice Ohio. I’ll never stop fighting and will never waiver on my commitment to protecting abortion access and reproductive freedom,” said Dayton Mayor Nan Whaley. 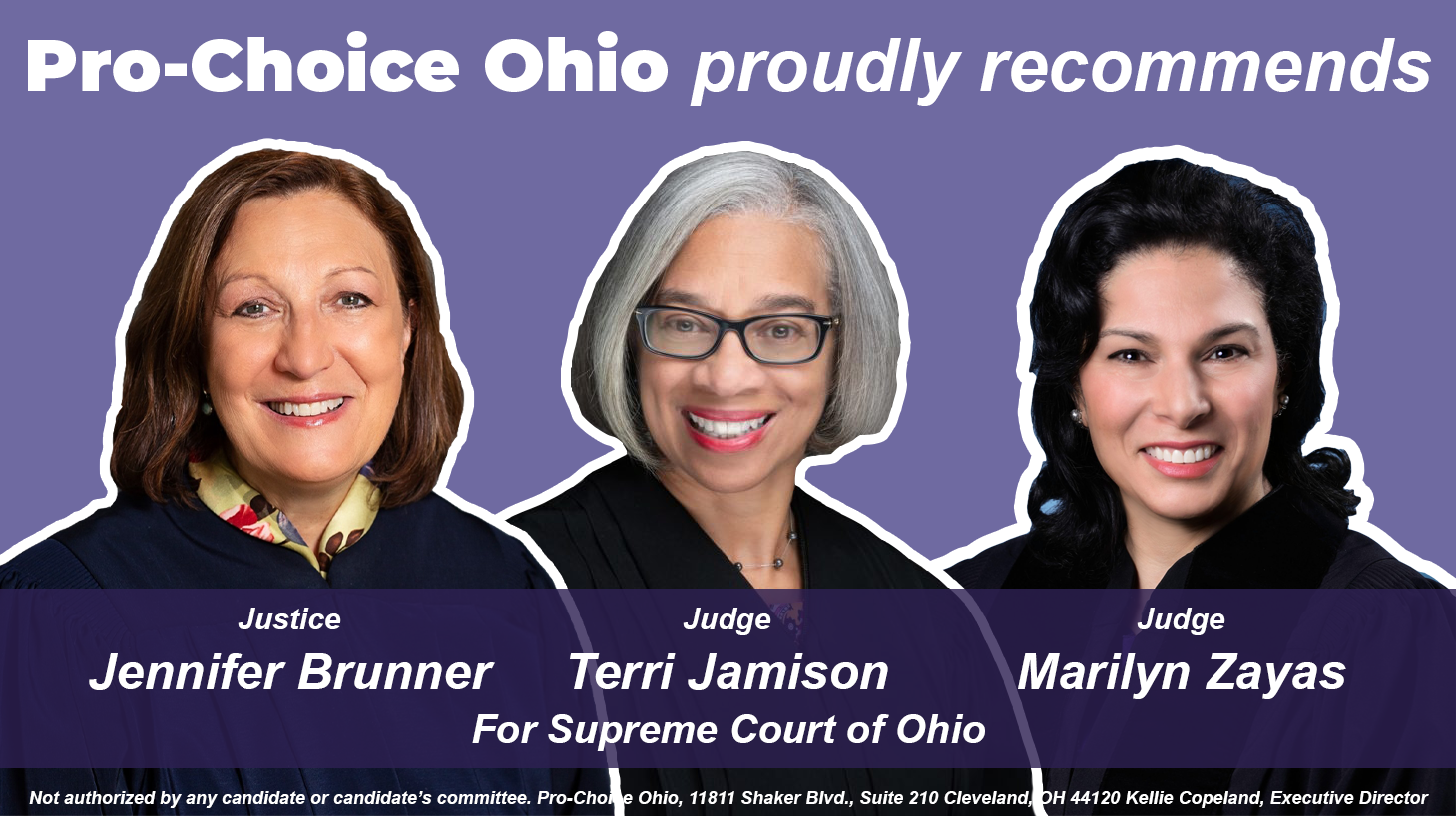 Court battles over abortion access (and gerrymandering) will all eventually end up before the Supreme Court of Ohio. That is why Pro-Choice Ohio is supporting Justice Jennifer Brunner for Chief Justice, and Judge Terri Jamison and Judge Marilyn Zayas for Justice. Their opponents, Sharon Kennedy, Pat DeWine, and Pat Fischer are all anti-choice rubber stamps for DeWine and Yost, and they failed to hold the Redistricting Commission accountable for violating the Ohio Constitution when they gerrymandered our legislative districts again this year.

Statewide executive offices are also critically important in 2022. We've endorsed Chelsea Clark for Secretary of State and Taylor Sappington for State Auditor because they trust Ohioans to make their own reproductive health care decisions, and both of these offices will again be part of the Ohio Redistricting Commission when it returns in 2024. We endorsed Jeff Crossman for Attorney General because he will not allow the state legislature to trample on the human rights of Ohioans. We endorsed Scott Schertzer for State Treasurer because he understands that abortion access is essential to economic development and economic justice. 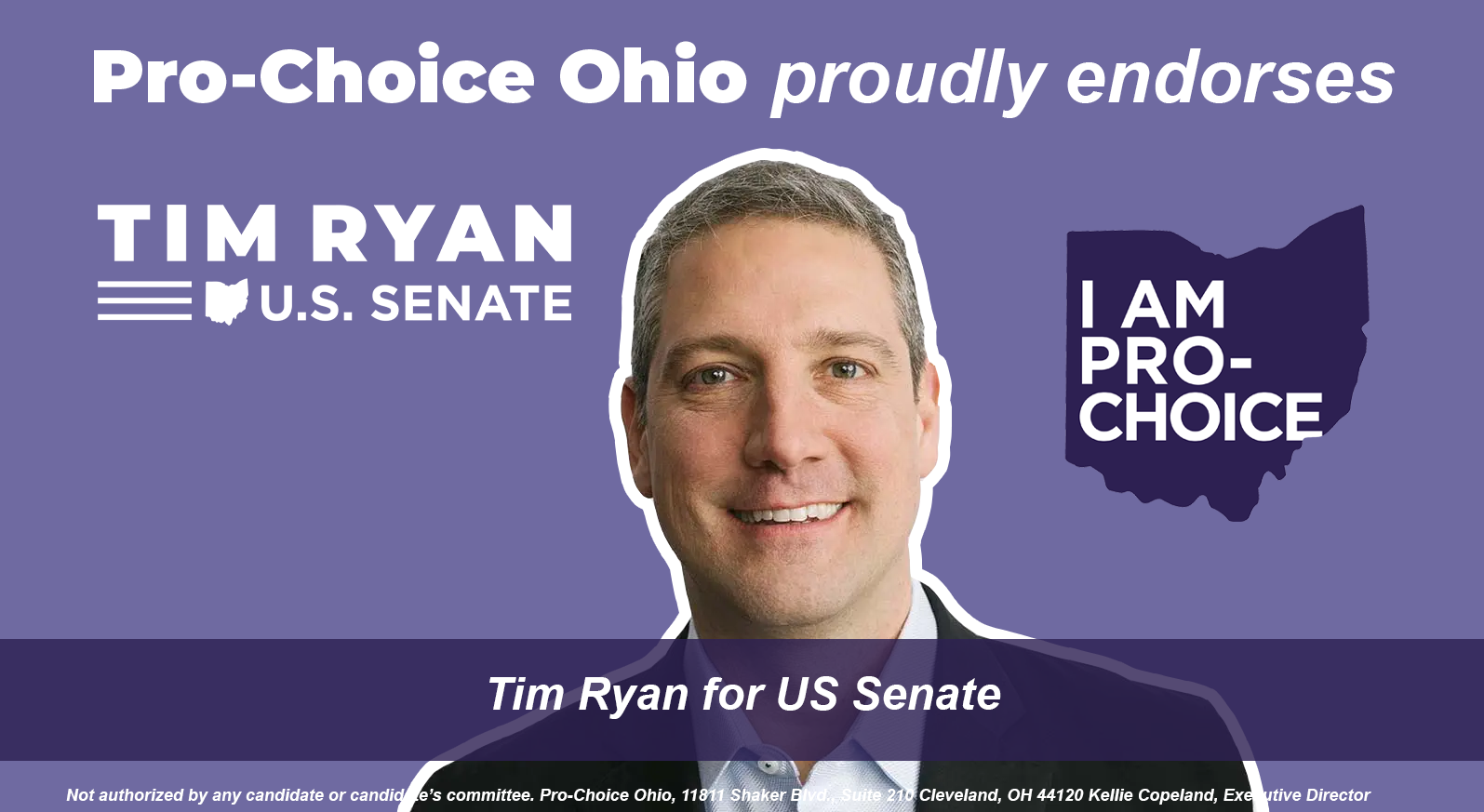 For US Senate, we endorsed Ohio Congressman Tim Ryan. He made national headlines several years when he first announced his support for people seeking abortion care. His personal transformation came after listening to people who have had abortions and their doctors. When he become a father he gained a deeper understanding of what it means for everyone to be able to make their own reproductive health care choices without government interference. When the Dobbs decision came out, he joined his daughter in protesting the decision on the steps of the US Supreme Court. In contrast, his opponent JD Vance compared abortion to slavery and said that women should stay in abusive marriages. Vance is unfit to hold any government office, especially this one. 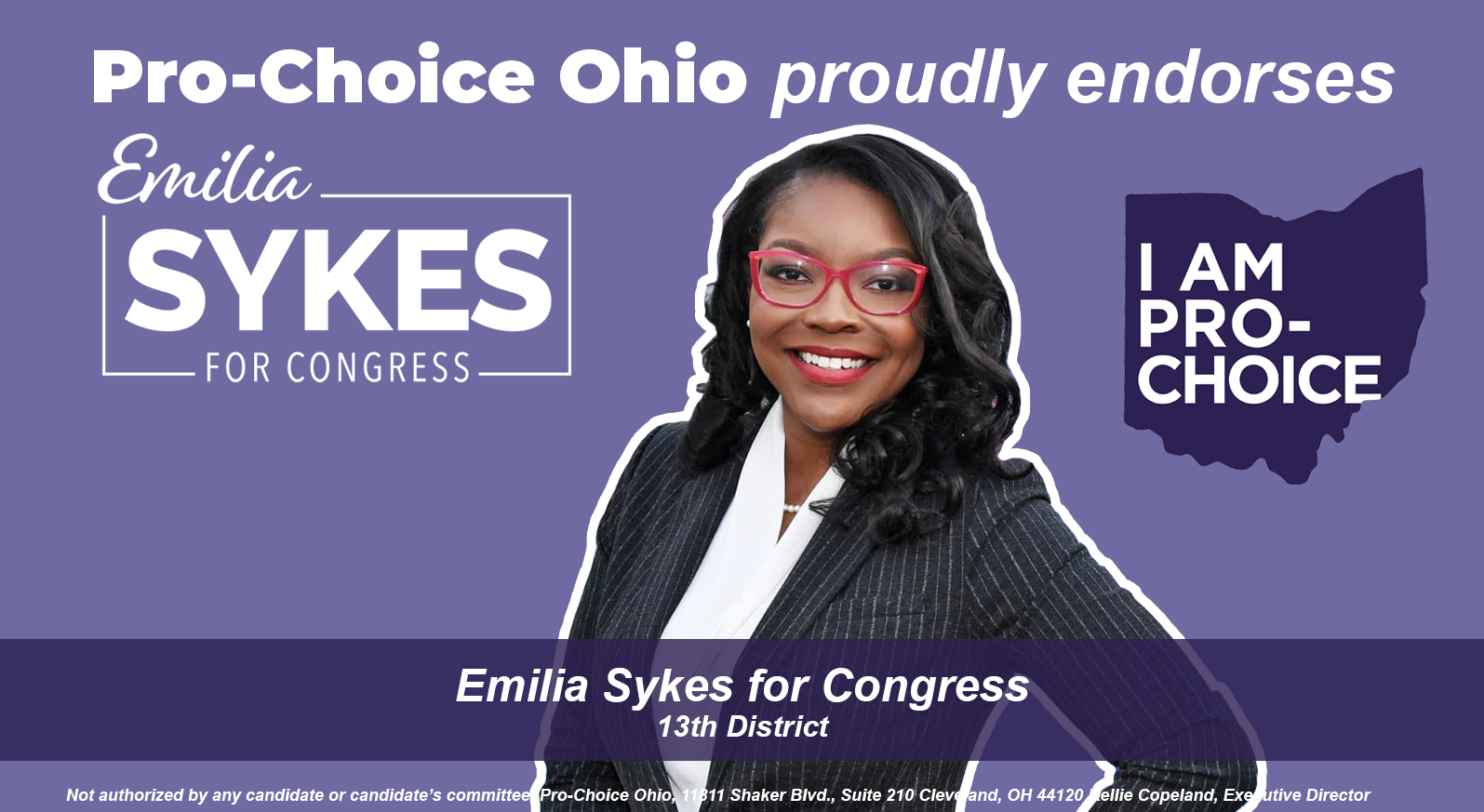 For Congress, we endorsed Rep. Emilia Sykes for the 13th District. Her personal integrity and expertise in public health and the law uniquely qualify her to serve in Congress during this pivotal period when access to abortion is so imperiled. She understands that all attacks on abortion access disproportionately impact Black women and all women of color, young people, and transgender and gender non-conforming individuals. To ensure that everyone has the resources they need, from maternal healthcare, to childcare, to family planning, to abortion, there is no one we trust more to fight in Washington than Akron’s own Emilia Sykes.

In the Ohio Senate and Ohio House of Representatives, we've added even more names to the honor roll. You'll find many returning champions of choice in our list, in addition to a whole host of new names gearing up for their first time in elected office. Every candidate endorsed today was screened by our staff and approved by the Pro-Choice Ohio board. Find the candidate in your district, volunteer for their campaign, or make a donation (tell them we sent you!)

For the Ohio House of Representatives

Pro-Choice Ohio has endorsed Chris Ronayne for Cuyahoga County Executive. When the US Supreme Court struck down Roe, Chris was among the very first people to reach out and ask how he could help. He understands that local elected officials play a critical role in protecting the rights, privacy, and health of all their constituents.

People have been suffering because of anti-choice elected officials in Ohio. But it doesn’t have to be this way. We can take action to restore abortion access in our state.

Mark your calendars, confirm your voter registration status, ask your neighbors what's their plan to vote, and support our endorsed candidates when you vote!

Abortion access is temporarily restored in Ohio, and we’re going to keep fighting to keep it that way!

Rush a special Post-Roe donation to fund essential advocacy efforts and ensure full access to abortion care in Ohio is restored as soon as possible. Make a monthly sustaining donation to make the biggest impact!